Many residents have questions about the effectiveness and functionality of Caltrans’ Mariposa Pedestrian Safety Project, which is well underway in downtown Mariposa and along Highway 140 through town.

Part of the project consists of wheelchair ramps being constructed on Highway 140 and Fifth Street., however the disruption of traffic flows and vehicle travel limitations caused by the installation have raised issues

MariposaToday.com asked Wayne Forsythe, Supervisor for District 4, about the purpose of the ramps. Forsythe said, “Caltrans has to provide a path of travel for all of the public, and to ensure it is in compliance with the Americans with Disabilities Act.”

Caltrans Project Manager Wuthy Seng, detailed the purpose of the ramps to, “make travel safer for pedestrians.” Before the project, there were only existing steps and stairways that elevate from the roadway to businesses adjacent to the highway. The project, according to Seng, is to improve them.

Reportedly, handrails will be installed, in addition to updated crosswalks with in-ground pedestrian lighting, which will feature a button for pedestrians to press that turns on specialized lights in the pavement. The lights are intended to make it safer for pedestrians to use the walkways by making them more visible to motor vehicles. “Safety is always in our mind,” said Seng. “We try to do whatever we can to improve the safety for the people.”

While work is being done to accommodate disabled usage, Seng notes that Caltrans strives to preserve historical landmarks, in addition to focusing on avoiding or minimizing the damage that must be done in the environment to complete projects.

Caltrans has been working with Mariposa’s historical society and country engineering for several years on this project. Forsythe added that the previous District 4 Supervisor, Kevin Cann, was instrumental in negotiating and working with Caltrans to put the project into motion, in addition to initiating the plan to modernize Mariposa’s main street.

When asked if Caltrans has given any thought to how difficult it might be for some vehicles to enter and exit off of Highway 140 in Mariposa, specifically the intersection on Fifth Street, Seng replied, “We have teams looking at the matter to improve operations for both pedestrians and vehicle movements when turning. We are currently talking to county engineers. We don’t know the conclusion yet.”

It appears possible that parking along Highway 140 may disrupt access to the ramp. When asked if Caltrans considered this issue when developing the ramps, Seng stated, “When we build for ADA ramps, we consider ensuring accessibility for all, and to accommodate others to move safely. We want to make movement possible for all pedestrians. We consider vehicle movements, and we want to avoid any conflict between pedestrians and vehicles. That’s part of the design process, where engineers examine all the features required to make it possible and safe for both vehicles and pedestrians.”

Because it might be difficult for some large vehicles, such as food delivery trucks, to access Fifth Street, Seng was asked if there has been any discussion about making it a one-way street. Seng said, “On Fifth Street there was discussion, as a result of the highway and Fifth Street being so narrow. In order to make it possible for vehicle movement not impeding on pedestrians, we are looking at converting the street into a one-way. This decision was previously determined, but we are going to look at it further to see if its possible to meet both the purpose and the goal.”

The locations that will ramps or new crosswalks include Fourth, Fifth, Sixth, Seventh, Eighth, 11th and 12th Streets.

The project is scheduled to be completed in June, although Seng conceded that unpredictable weather and other unforeseen situations could have effect on the target date. 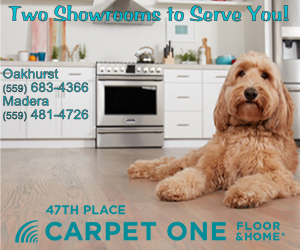